The Garden of Verse: These Poems Are Blooming in May 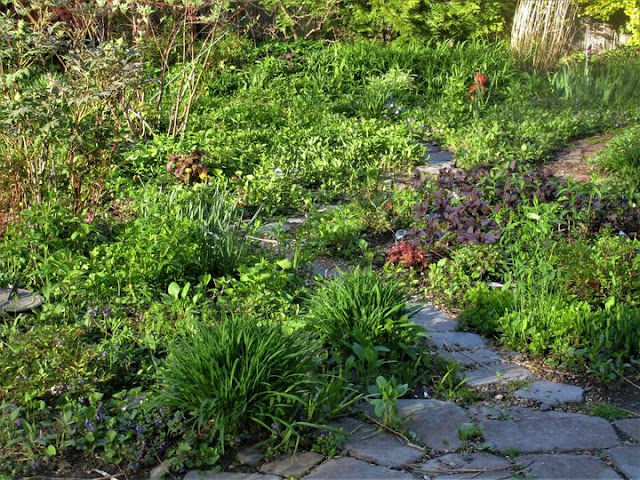 Outdoor days are back. Studies show that people feel better if they spend just twenty minutes a day outdoors. I know I feel good after spending time with plants.

“Recipe for a Curbside Strip” is an account of my efforts to keep a flower garden growing in a city by replanting the ground in front of our house after the city rebuilt our street and sidewalk.

Recipe for a Curbside Strip

those fat spuds of sunny potential,

in the city's gift of much-pebbled soil

Wait five months for the bloom,

the fertile, weed-addicting earth of the perennial patches

plus other nameless wildthings, weeds

and a prominent invasive left to its own greedy device

Chip in some new Covid-priced annuals

(everything pretty much double this year)

Then out back again to hunt up more ground-hugging

The next two poems are responses to Covid Time.

Of Course the Poet Wears a Mask

Everybody wears a mask

the fender polisher wears a mask

the surgeon in his lair

to guard against the spatter

The actor with his shrewd demeanor

to take us into his confidence...

Who am I today?

the politician with his broken staff

She turned to me, a look of distant rainbows

Kiss me, I said, you fool

To read the poems in their entirety, go to

Spring Offerings from the Poets of Verse-Virtual: The Birds Are Watching Us and Many Other Exceptional Visions 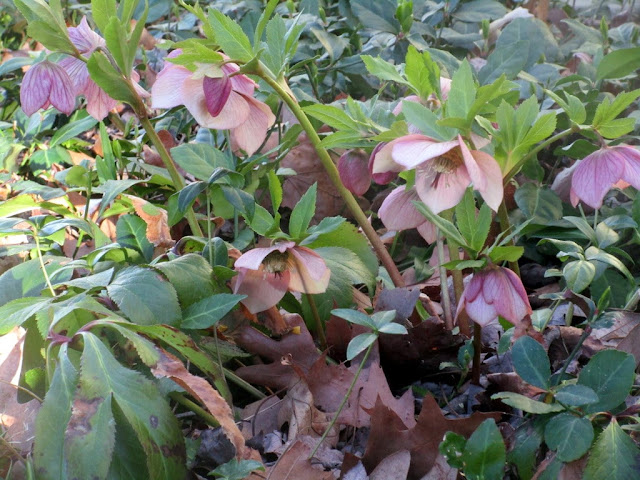 Marjorie Moorhead’s inventive and satisfying poem “At the Feeder” is (almost) all about the birds. The poem describes the gang at the feeder:

join me at the eating spot. Large Bark-peck-pecker

comes too, then flies his blackwhite feathers red-head

But, if we’re paying attention (and I had to go back to the first lines) we notice something different about the perspective. The tip-off comes right at the start: “she has her black eyes out

She? With those long black eyes?... I think the birds are on to us.

On a much different subject, Marilyn Taylor’s sonnet “Posthumous Instructions” is simply (and literally) awe-inspiring. The title clearly announces the poem’s theme To choose one stanza:

“Let me liberate the elements

that fused in me the morning I was formed

and offer them again, as evidence

that my short visit left this place unharmed.”

…But we need to read them all

We're back to birds In Mark Alan di Martino’s “To a Warbler,” but here the speaker has discovered the need to explain the unseasonably early appearance of a (once) migratory bird to his daughter. In its  inventive word music, the poem sings like, perhaps, the bird:

came quick. In the still small span of a few lifted lifelines—

trussed to the wings of a hymnal, taxidermied, back-taxed

I enjoyed all three excellent poems by David Graham. “Sea Turtle,” to choose one, is an unsentimental look at the lifestyle of an ancient life-form that persists by persisting, its challenges and responses rendered in aptly hard-bitten imagery:

“Your young will crawl toward the light

they think is moonlit sea—

A jeep will eat the eggs

your nose raw on aquarium walls,

Alan Walowitz’s clever and eloquent poem “The nth degree,” thoughtfully provided an explanation of its title. While the poem’s first qualifying phrase – “in the meager math I learned” –captures my own background in this subject, the poem convinces me it knows what it's doing with this insight:

“I know from a close look

at those strange Celtic languages,

unless you have a vowel

and leaves me with a new appreciation for our own flexible, malleable alphabet: Let’s hear it for vowels!

And while we’re being philosophical, Robert Wexelblatt’s brilliant thought experiment “Six Mental Exercises” takes readers to faraway places that prove to be broadening, maybe even mind-refreshing, staycations. For example: “Pretend you are an ancient Chinese poet in ancient China.”

These are mind stretchers. As the poem suggests, in the first of these two, “the transfiguration of the smallest cloud [becomes]

more telling than a change of emperors…”

The Garden of Verse: These Poems Are Voting For April 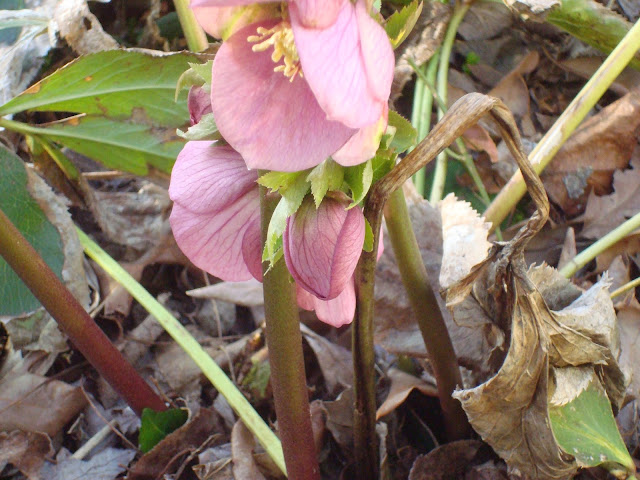 I am delighted to have three poems in the April 2021 issue of Verse-Virtual: "Nature At Least Doesn't Stop," "It's As If The Ending Has Already Passed Go," and "Put Your Hands in the Soil" were all written a year ago, just as we were all exchanging Spring Time for Covid Time.
As I have said before, when it comes to Covid-19 versus spring, glorious spring, I am voting on April. Here is the first of my three poems of the season:

Or else we might think that time itself will,

the blossoms roll back into the buds.

a dawn forever on the horizon

Whatever does the moon do but change?

Yet we love it

Old men die in places we will never see

and others are driven into the streets

where their great-grandfathers sold trinkets

We, born to happier estates,

tiptoe through gardens of remembrances,

stopping at long trains of ancestry

that cruise through whistle-stop lives

Those whose lives are on the line

beg us to put away the scissors

We limber up, stretch our legs

walk our miles forward into time,

into measureless years without increments of schooling,

feeling ever the pulse of close-of-day motions –

April has no need of such reassurances,

in the manner of gods,

dead ends for our feet just ahead,

but none for the narcissus, the purpling grape

the color of liquid

the madness of consumption

We have the stars

come down and live among us

Here's the link to read the other two poems April Poems

Posted by Robert Knox at 2:53 PM No comments:

The Garden of the Seasons: Finding the Light in the Snows of February 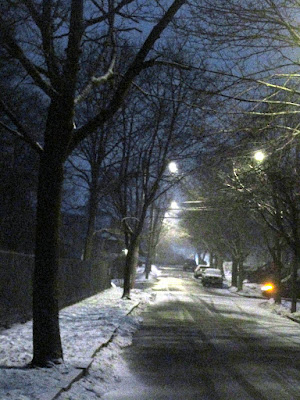 Still Falling
You can almost see it falling, that nearly immaterial impersonation of matter
Light sees it, catches it
Says 'I know a secret'
It's quiet
Its plan is to slip down, after dark,
when no one can see it,
one can almost never hear it
one can feel it, if you remove your hat
turn your face up to the sky, the deep blue night
and taste the winter
the softer air
the ambient light
the subtly melting crystals
on your tongue
Sky Writing
The sky is yellow, lemonish
pink, somewhat insinuated by the lemon ice of snow-set tones
a softer blush
an inscrutable silence
that impinges on the the skeletal branches
like jewels in your hair 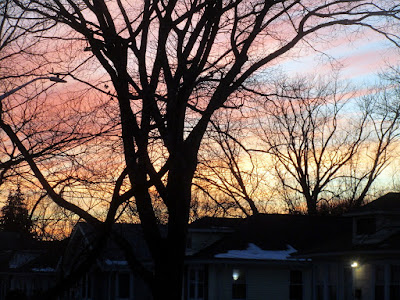 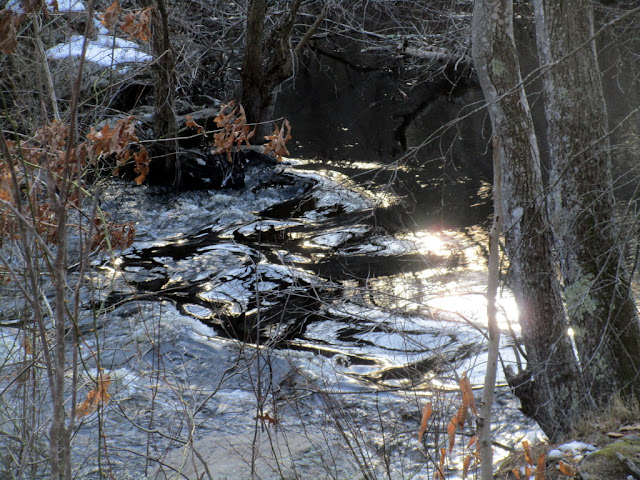 Looking down from the path, the water slips beneath our feet, intent on its own progress,

a dance of elements, throwing off radiance, a harvest of winter sunlight, incidental, as if a mere byproduct,

an accident of water, hurrying to itself

Old sheds in Iowa? Another winter day on the prairie?

The fence worn, swaying to the march of the seasons

Branches catch the powder of the quiet fall,

Another day of timeless snow: the element that teases the senses, erases the centuries, scrambles what we think we know 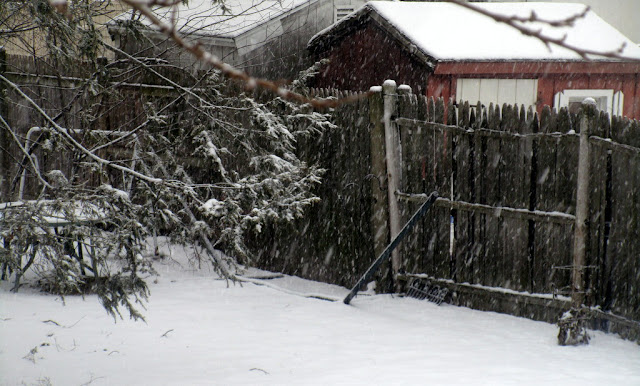 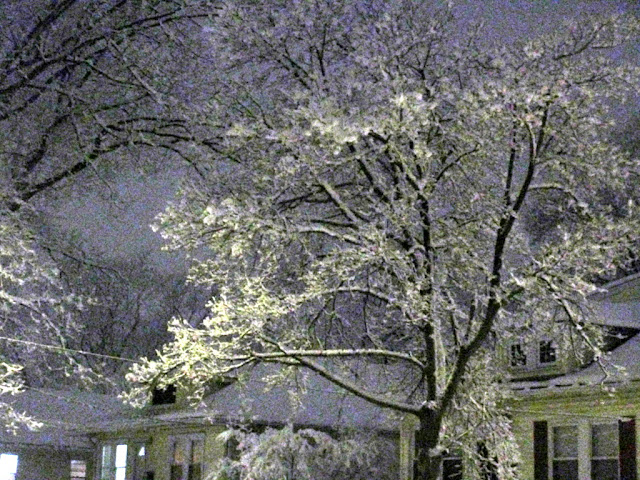 Tinting
Trees yellowing their hair
Where does the color come from? what time of day or night pastels the sky with the flat edge of some tool unavailable to human fingers
Tricks of the season
Threads of time, woven
in a soft fall
one of those hundreds of Eskimo names whose speech
we have yet to learn
Posted by Robert Knox at 9:48 AM No comments:

The Garden of Verse Stirs Up the Garden of the Seasons: Three Poems on the Many Faces of March 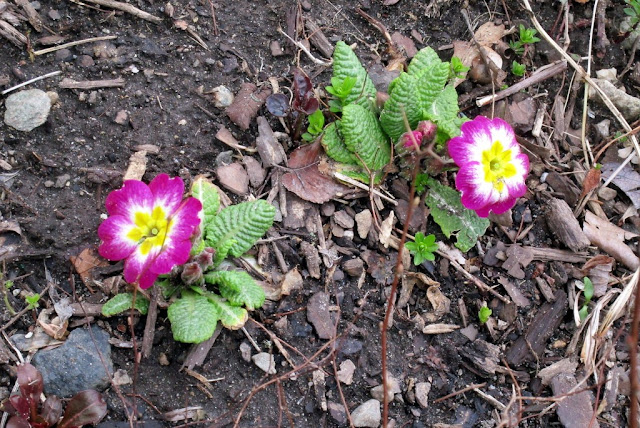 The March 2021 issue of Verse-Virtual offers poems by 71 poets, an astonishing number and range of participants. In tune with the season, editor Jim Lewis chose an optional theme of "lions and lambs."

I offered three poems written in March of last year, right before (and as) everything changed. While I didn’t quite enjamb the “lambs” in any of these, I did get “sheepish” in one of these poems. And in another I gave pride of place, in its conclusion, to "lions."

The poem "Sipping About" laments the absence of normal 'spring weather,' whatever that is. And also takes note of what was, last year, an almost snowless winter.  Here's the beginning:

we have other things to think about...

Lions come in for a cameo at the end of this poem.

The poem "Stoppage" bears witness to that strangest of moments last year when the world seemed to stop. Here's the beginning.

Posted by Robert Knox at 3:15 PM No comments:

The Garden of the Seasons: The Winter King Is in the Skies

The Garden of Verse embraces the Garden of the Seasons: Three Poems in February's Verse-Virtual 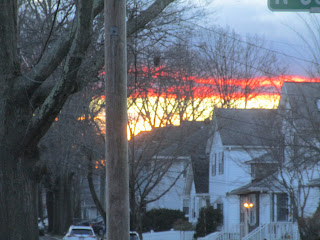 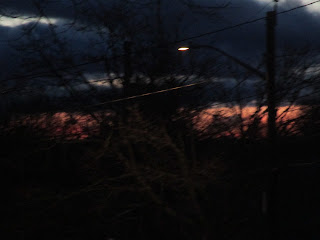 We want it lighter: A seasonal message for the mid-winter in a northern climate. I have three poems in the February issue of Verse-Virtual, the poetry journal, and community, I have contributed to regularly since the final month of 2015. All three reflect on seasonal themes belonging to the end of the year. The holidays are behind us, and lots of winter lies still ahead, with vaccination-rendezvouses likely on our minds. Nevertheless these three story-poems look back on the holiday season and the winter solstice.

The poem "Twilight Kingdom" recalls a long-ago period in my life when I explored early winter twilights on the site of a no longer worked farm, with spirits in the air.

The poem "We Went to Pick the Greens There" remembers a group of long-ago friends making an unconventional Christmas celebration. no family, no children, no parents.

You Want It Lighter

pale with the reminiscence of ice: change is in the air.

We inch our way around the sun,

the suave conjunction of planetary influences

from a bridge over the Schuylkill River,

to swallow the moment.

We arrive in the city of Daughterly Love

to find the light charmed into strings of tiny stars,

and all those other gifts of practical affection.

For the others see Verse-Virtual

Posted by Robert Knox at 9:29 PM No comments: